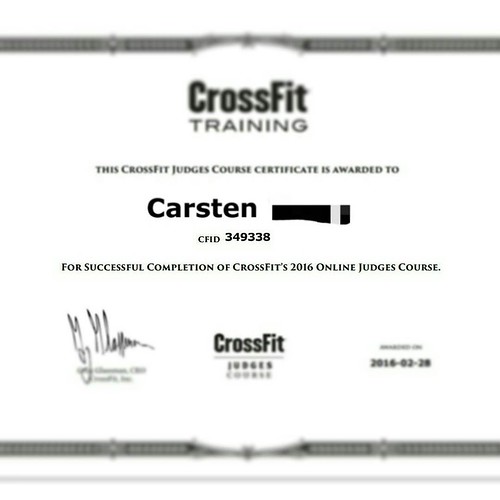 When you’re using Docker extensively, you sometimes need to run your own registry in order to push images around in your local network – or even on your local machine. For that you need a registry where you can push and pull images. With Docker itself, it’s easy to set it up. Here is a small docker-compose.yml which runs a registry and a simple frontend:

The registry is persisting its data into the directory data, so nothing is lost if you throw away and recreate the container.

Save the file as docker-compose.yml and start it via docker-compose up in the same directory. After that you can open http://localhost:8080 and you see a basic frontend (taken from kwk/docker-registry-frontend).

Now when you push an image to your registry with the following command it becomes visible on the frontend:

Refresh the registry frontend and you’ll see the new image is available. You can now pull it with the following command:

Yesterday I upgraded my Docker setup from v1.5 to v.10. I had to do a full apt-get dist-upgrade as well to bring my system up to Debian Jessie. On the way I discovered that my backup script wasn’t backing up anything from my personal wiki running with DokuWiki. Another case of Schroedingers Backup: The backup is only there, if it can be successfully restored. ☹ Anyway, I had only a few snippets from my daily development work and some links to software I tend to use on the wiki, so not that much of a loss. And because I had to set up my wiki again, I decided to build a minimal container instead of re-using the offical php images.

I am already using Alpine Linux for a couple of images at work and I am switching everything using busybox to it too. So it was a natural decision to build the minimal wiki container with Alpine as well. Modifying the Dockerfile was easy, and I also added some ONBUILD instructions to let users add their own users, access control list and DokuWiki configuration. I probably will provide an image to just run a wiki instance and one with the ONBUILD instructions to extend from.

Create the files local.php, acl.auth.php and users.auth.php according to DokuWiki documentation. They will be added when you build your own image. Create a Dockerfile in the same directory as your configuration files:

You can find the image dokuwiki-docker on Docker Hub and on github. Here’s the current image size: